But I also understand that this show has been going on for 21+ years now. I know people make effort at the risk of whatever could happen on the road, to come and party with me wherever I have held Africa Night. 99% of these people don’t know me but they come to my show. I know they come there to mingle and to dance. I know through music, we lower barriers. I know through music, we build bridges. People don’t talk above each other when they are in that space. They talk with each other. They dance together. Sometimes they buy each other a drink or 2.

You cannot educate people or build coalitions when you stand in your trench and shout at people who are not even aware of your personal wars. What would Martin Luther King, Nelson Mandela, Barrack Obama etc. have achieved without the coalition of the rainbow? 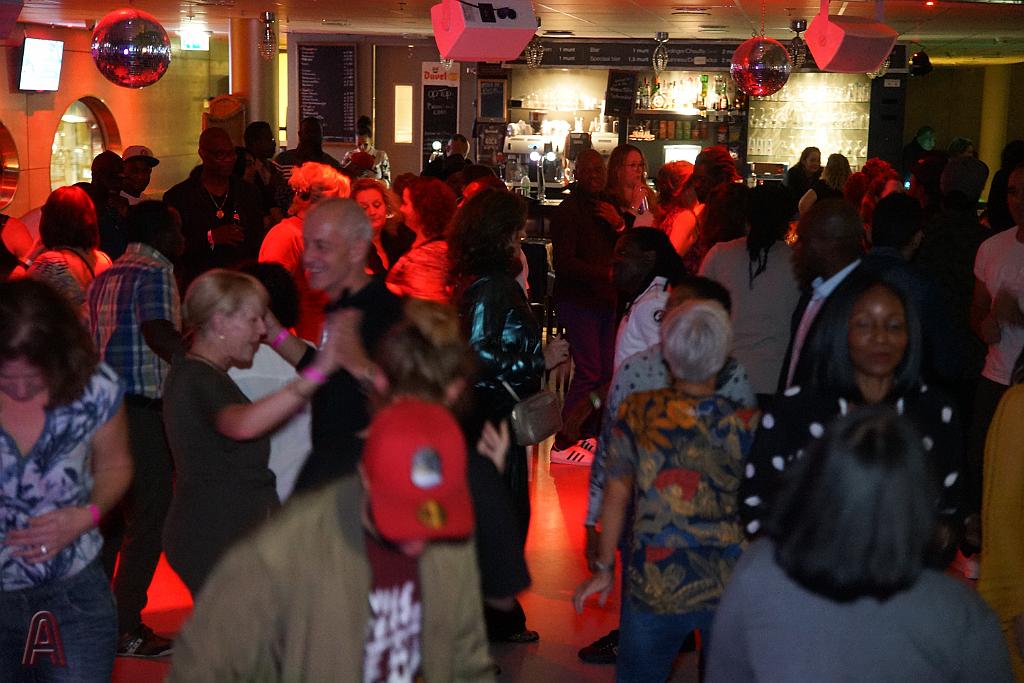 I teared up when the Arab guy held the Somali guy he met on the dance floor in a warm embrace. Dancing beside them was an Asian lady with her South American companion. Of course, but oblivious to them, they were surrounded by Africans and Europeans of all nationalities. It was a momentary snapshot of the night at a party that started in 1998 because people tried to keep me down because I had the “wrong” colour. Ever since then I have tried to get my revenge by spreading the gospel according to African music! When they go low, you have to step up your game. I have been making big statements all of these years. During this October edition, I could not contain my emotions after realising the power of a soft embrace over the power of a venomous slap. We can stay angry or we can engage in a civilised conversation.

I know and understand why it is sexy and attractive to keep illustrating that which separates us. However, I also know for sure the biggest enemy is the one in the mirror not the abstract one whose name or profession we do not even know. When Anke came to me during this edition and asked when would the DJ play David Lutalo, I knew music was more powerful than any polemic in reaching across the field and humanise earthlings. Raise your hand up if you thought 25 years ago that a farmer’s daughter from Sneek in Friesland called Spitse would have PSquare’s Chop My Money as her 2nd favourite song?

I know and understand a lot of things. I know I have chosen the road that is most comfortable with my life’s journey. I wake up every day convinced as ever that this road is the only for me.

Dear Africa Nighters, thank you for not being defined by what you dislike but by your curiosity and the need to dance to African music!