Another Africa Night year has ended and it ends on a high. It was the year that Africa Night said bye-bye to Rotterdam. It was a year that we say welcome to Belgium. It was a year that Tilburg showed us why it will always be the head and the heart of the Africa Night family. There were so many high points in 2017 and a few low points here and there. But when one looks back, this would be a year to be remembered for all the right reasons.

Beautiful way to end the year. Thank you all!

Along the line we’ve met great new people and consolidated the friendships with existing ones. Some have left because they needed new adventures. Many have returned because they missed their Africa Night family. It was a year that Africa Night celebrated her 19th birthday with a big party in May 2017 (the 20th anniversary bash in 2018 is even going to be bigger!)

For people who were not there during this, the December edition of Africa Night Tilburg, don’t worry if you see a sea of black in the picture series. The dress code was Glamorous Black and most of the guests came really dressed up beautifully. Like we wrote in the previous blog (please see/read it here), the end-of-the-year Africa Night CD for 2017 might not be the best one ever, but it was made with as much love as ever. So please bear with us!

What is left is for us to thank you for your continued love and support. 2018 is going to be a very special year when Africa Night will be celebrating her 20th birthday. From January 2018 every Africa Night in Tilburg will be a special one as we countdown to the big party in May. At every Africa Night Tilburg from January till April 2018, the organisers have a special surprise waiting for every guest.  So if you miss one, you miss out! 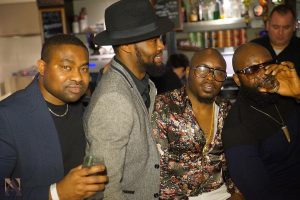 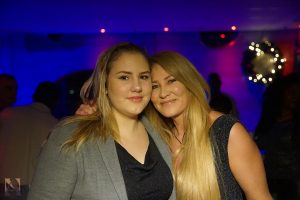 A couple of subtle changes are coming with regards to hanging of your jackets in Tilburg and buying of the tickets for Africa Nights everywhere. We shall keep you informed. But right now we want to thank you for all your love and support in 2017. We wish you happy holidays and a melodious 2018!