What an entrance Africa Night made to Lommel! We don’t want to start saying how great it was (it was), how electrifying the atmosphere was (it was), how beautiful the guests were (they were!), how warm our hosts were (they were), how this was surely the most relaxed Africa Night in Belgium by far yet (it was!), and how 99% of the guests brought their dancing shoes and a big smile (they did!). We could say all of those things but we won’t! The pictures and the videos speak for themselves. 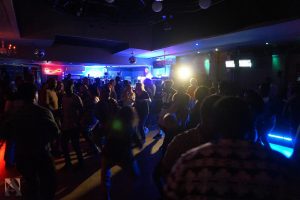 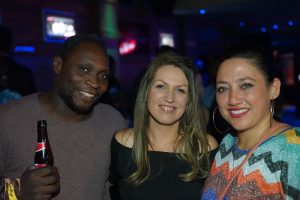 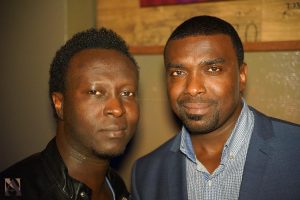 Belgium certainly has different dynamics when compared to Holland but they know how to have fun as much as anybody in the world. As with any new beginnings, we were nervous as to what this first show in Son Cubanos in Lommel was going to have in stock for us. After all, we had to leave Hechtel just as people were getting used to Africa Night being there. But now that Africa Night Belgium moved to a new location after 1 year, would people come? Would they be on time? Would the old guests follow Africa Night to the new location? Would new guests discover Africa Night? Did we have enough time to inform the public about the change of address? Would people like the new location? Hundreds of questions going through our minds! They are the worries of an event organiser who never takes guests for granted.

It was hot on the dance floor during the first edition of Africa Night Belgium in the new location in Lommel. Everyone was on fire!

You want to do things right. An event is only right when the guests not only go home satisfied but also recommend it to their friends too. Of course one cannot always get everything right at all times. There would be some things we did not get right during this edition. But it would not be for lack of trying. When we see regular and new guests having fun, we can only be happy that we have at least tried our best!

Change is always a time of stress but happily we have been here before and we remember the time when we had to change locations suddenly and unexpectedly from Bosvreugd to Partycentrum Oase in Tilburg years ago. We stressed, but within months Africa Night Tilburg reached new heights that made it into the legendary party it has become. History might be repeating itself. The circumstances are certainly identical. Moving from Hechtel to Lommel was unexpected and sudden, but the beginning is recognisable and very hopeful. Africa Night Productions and her crew certainly feel welcomed in Son Conbanos. The hosts are very warm people. Their crew members are just as warm. The night went in a flash. Before you knew it, it was 4 am! What will stay in our minds about this first Lommel edition are the faces of happy and relaxed people. As the music flowed there was literally fire on the dance floor! 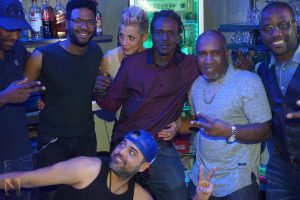 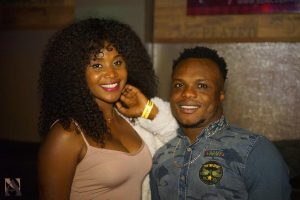 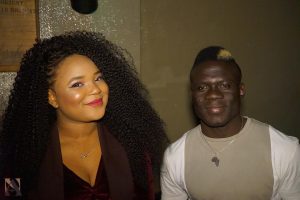 You only have to look at the pictures to see that every race, sex, religion, age was there. Africa Night and African music have become forces that bring people together. To all the people from Aalst, from Oostende, from Aachen, from Lanaken, from Pijnacker, from Brussels, from Almere, from Rotterdam, from Hasselt, from Hechtel, from Lommel, from Valkenwaard and from wherever you all came, just know you made our night! We say thank you from the bottom of our hearts. Thanks for being part of the new history of Africa Night Belgium in particular and Africa Night in general! Let’s meet again next month!