Let’s give it up for the men! This time it was the men who ruled at Africa Night Tilburg. Usually it is the women who complain that there are not enough men during some editions of Africa Night. This time around though, the men came in trucks, cars, trains, boats, aeroplanes and even spaceships. They had all probably seen the video report made by Africa Web TV on Africa Night in February. Suddenly the men knew where to find Africa Night! And Let this edition be the one when it was the ladies turn to find reasons not come!

We highly underestimated the impact of the Africa Web TV report. Now many people seemed to know the name of the organiser! What was funny is that for the first time in a long time, many Nigerians guys “discovered” Africa Night again. They probably saw the video too. So it was back to good old days again because we heard things like, “Hey, why is your DJ not playing Nigerian music?” even when 60% of the music is Naija music! Of course one had to reply using the old, worn line we thought we would never use again. “If we want to play only Nigerian music, we would have called it Nigerian Night and not Africa Night!” But having said that, Nigerians are great people 🙂

At every Africa Night, there is the chance to meet new people and make new acquaintances. This time around we made new contacts with some of our Russians, Sudanese and Brazilian guests. Everybody has a story of how they discovered Africa Night and what it means to them. Like the lady who told us she used to come to Africa Night from Groningen. Now she lives close to Brussels and she still comes. Or the guy from Sudan who used to come earlier with his brother and friends. Seeing him again, he explained their prolonged absence in words that we could only summarise here as “life happened!” But he was glad to be back in Tilburg again. 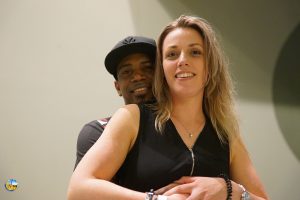 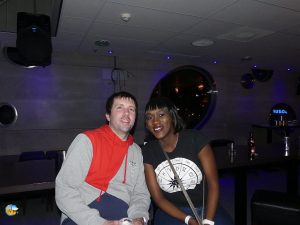 The image that would however stay in our heads happened almost at the end of the evening when nobody was looking. We were standing around the DJ table ready to make our usual closing announcement when a guy (whom we don’t know and would probably not recognise again) walked up to the DJ. He took a deep bow and told the DJ he did a good job! Wow! For this nameless guy it was probably just a small gesture. However, it shows that some people can really be appreciative of seeing/hearing one person (the DJ) carrying the expectations of many on his shoulder month in, month out. We are sure the DJ highly appreciated it. 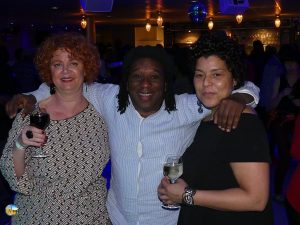 We hope to resume our relationships with you during the next editions of Africa Night in Rotterdam & in Tilburg. And who knows, maybe we are coming around to a city near you sooner than you think! Keep dancing and keep spreading the Africa Night news. 🙂