When DJ Aziz first played at Africa Night on Saturday 15 November 2008, it was meant as a 1 time replacement of the regular DJ Le General who went on vacation to his home country of Ivory Coast that month. We had seen DJ Aziz play at an African party in Utrecht and what stuck us then was his openness for new ideas and feedback. So when DJ Le General went on vacation we asked DJ Aziz to fill in for him. But then DJ Le General came back and told us he was stopping for personal reasons, we asked Aziz if he wanted to continue and the rest is history as they say! 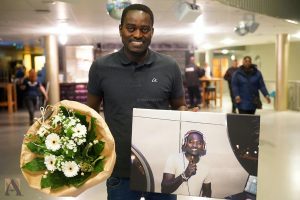 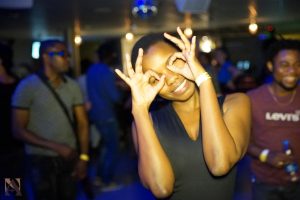 The tradition at the beginning of Africa Night was that the DJ has to change every 3 years. This we did so that a new DJ brought new sound, energy and élan to the show. We also always seek a DJ whose mantra is to put the dancing guests above everything. Africa Night guests are a group of fun loving people who have paid good money to come and dance (or in some cases just even sit) and enjoy the ambiance. If they wanted a DJ who is talking the whole time they would just stay home and listen to the radio! A good DJ lets his music do the talking. DJ Aziz fits that bill. He has been a subject of criticism and praise in the past 10 years, but that he has lasted this long is because he has the capacity to renew and reinvent himself. 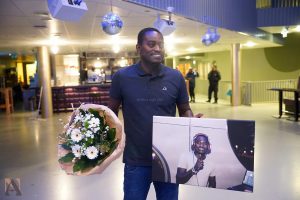 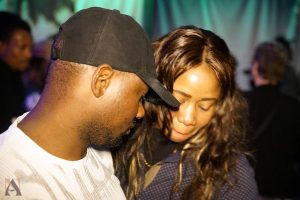 It is difficult to satisfy everybody. But he does his best and goes out of his way to get a smile on people’s faces and a dance on their legs. Plus, he is loyal to the core. Always on time, he has been the only DJ so far who has been to every city where Africa Night has been held, with the exception of Eindhoven! He has always been there when we took Africa Night to Utrecht, Nijmegen, Almere, Maastricht, Rotterdam, Krefeld, Hechtel, Lommel and of course, Tilburg! It takes dedication. It takes commitment. It takes a guy who loves what he does to give 10 years of his life to making people happy on the dance floor. As Africa Night Productions, we are extremely happy to have DJ Aziz as our resident DJ. Whoever is going to be his stand-in or replacement (we are currently recruiting!) will have big shoes to fill.

Perhaps for us as organisation, the greatest part of having DJ Aziz is his utmost reliability! We know he is going to be there. We know he is going to be on time. That gives us one less thing to worry about before, during and after Africa Night.  There was a DJ who was supposed to come during this edition as the understudy of DJ Aziz. But this DJ sent a voice message to us at 20:30 on the night of Africa Night to say he had to be at another party at the last minute. That he was going to be late for Africa Night but he was going to come anyway. Imagine a DJ send that message at the last moment. How were we expected to find a replacement at such a late notice? And this is a DJ that has been asking for a chance to play at Africa Night. A DJ that Aziz has given his whole repertoire of songs to help him prepare. A DJ that also said he was going to be there last month and did not show up. A DJ that was there 2 months ago but came late because he forgot the day of the show! Now imagine yourself going to a show where the DJ is that unreliable?  Don’t even imagine! This DJ did not even show up in the end! That is the greatest strength of DJ Aziz. He is ever present and when he could not make it in the very few times he could not, he gave us notice months ahead! 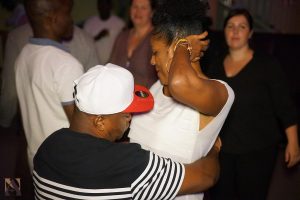 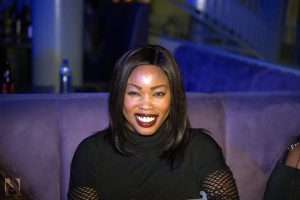 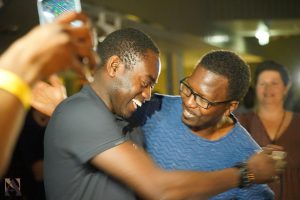 17-11-2018 was DJ Aziz’s 10 year anniversary. We are grateful to those of you who came to dance and to those who came to show appreciation and brought gifts for him. Like he himself said, he is nothing without you. Thank you all for honouring him and for always being nice and kind too. He has been a rock to our organisation and we are very happy with this gem. Happy 10 year anniversary DJ Aziz. You are 1 of a kind!