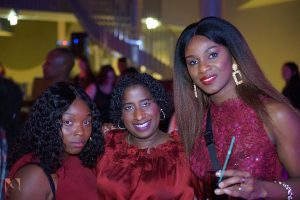 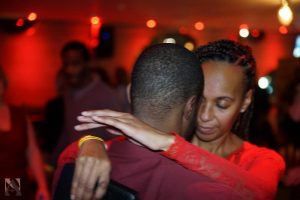 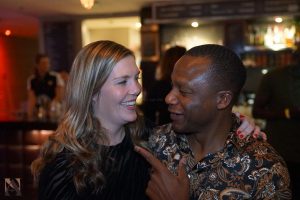 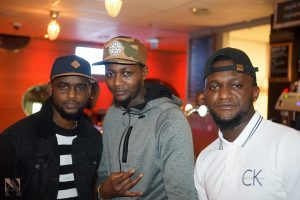 But before you cry wolf; what we asked for was a touch of Red. So when a guest who was in Red remarked that there were more people in Black than in Red we could only smile because we knew better. The Africa Night guests are very creative. While some wore conspicuously red clothes, the majority were more subtle in adapting the touch of Red. Many ladies had their nails painted red while some added a touch of red to their necklaces and earrings. Some had red beads and someone had strands of their hair painted in Red. And some of the ladies were very cheeky they had red bras and red underwear on! How did we know this? Because they showed the straps to us! That is also the fun and the easy-going nature of Africa Night. People feel free to express themselves because we respect and let them be who they are.

And there was some “dirty dancing” during this edition. Just watch the video to see how the most popular scene from the famous movie was re-enacted on the Africa Night Tilburg dance floor in January 2019. That is the spirit of Africa Night! We don’t do shenanigans we only do fun!
Talking about fun, the next Africa Night Tilburg is on Saturday 16 February 2019. 2 days after Valentine. But because we love you all, there will be roses for everyone who is on time. Love is everywhere. Love is every time. Love is you and us!