Several incidents based on what sets us as human beings apart led to this, 20 years of Africa Night! Let us briefly bring you back to the reason Africa Night came into existence.

If you were a male who did not look like 70% of the Dutch looked, your chances of getting into many discotheques in Tilburg were about the same as winning the lottery. If you looked different people treated you like you were carrying some kind of incurable but highly contagious disease and you had to be blocked from enjoying a night out. Several incidents, several moments of humiliation. You were different so you did not belong. If one wanted to go out and at least be sure you were going to have a bit of fun, one went 50 kilometres away to Afro Roots party in Nijmegen or 60 kilometres away to La Paranda in Arnhem. But in Tilburg, which at the time was the 7th largest city in The Netherlands, there was nowhere to go without the risk of being turned back at the door! 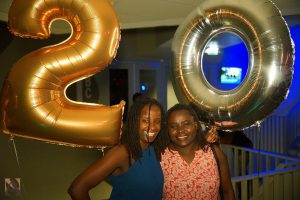 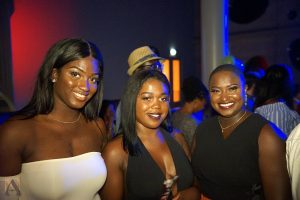 In 1996 one decided to turn this negativity into something positive. DJ Lofombo from DRC Congo was playing one time in Paradox. So we spoke with him about the possibility of him playing this kind of music on a regular basis in Tilburg. He said yes! And so began the search for a location/club that would not be scared of people who looked different on the outside than their owners. It took 2 years! In 1998 the then owner of De Boot Albatros gave us the green light and in May 1998 the first show was held. As they say, the rest is history!

A couple of years later we were invited to Paradox to continue the party at a time when De Boot changed owners. After a year at Paradox we could go back to De Boot again. From there we moved to Bosvreugd and later to Partycentrum Oase. 5 years ago, in 2013, Africa Night made Horeca T Kwadraat her current home.

While Africa Night started because of perceived racial differences, we have been determined from day 1 that ours was going to be an inclusive gathering. Everyone was and is welcome. The only people we always discriminate against are people who leave their homes, pay money at the gate and then proceed to find or make trouble with other guests! We have never tolerated any form of physical and verbal aggression. People can go to the sports school for that! 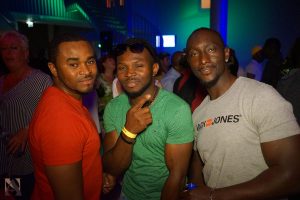 In all those years we have made great new friends and lost a few.  There have been marriages and there have been divorces. People have flirted with each other and people have made several life-changing decisions during the shows. Death has taken a few and many have returned to their respective countries of birth. There have been many Africa Night love children! Through all of these, we have ensured that everyone is treated with love, respect and as equals. We have never been tribal. There is no dominant country at Africa Night. We just don’t do that. As long as you love African music, bring a smile and your dancing shoes who cares who you are or where you are from. Fun has no borders nor does it recognise race, religion etc. and all the stupid things that are meant to separate us. Africa Night is about all of us. We are one.

Africa Night Productions just wanna say thank you from the bottom of our hearts for all the good times of the past 20 years. Without you Africa Night would not have lasted 20 days!

This is very fundamental to whom we are. Where other parties and clubs preach exclusion, we practise inclusion. Where other parties are meant for a certain age group, we are for all as long as you are an adult. We have brought people together when the society was tearing people apart. People have fallen in love with each other during Africa Night. Where others treat guests as strangers, we treat our guests as friends. That is why every location we have held an Africa Night (except of course De Boot and Paradox) have been suggested to us by our guests. In 20 years, we have held Africa Night in Eindhoven, Rotterdam, Almere, Utrecht, Nijmegen, Maastricht, Krefeld (Germany), Hechtel (Belgium) and of course in Tilburg. The spirit and the aim have always been to provide a dance floor to all lovers of African music. No more no less.

Last Saturday at Africa Night showed us once again, that in spite of the things we sometimes get wrong, we have succeeded in our core aim of uniting people around African music in this part of the world. That is one of the reasons Africa Night is the longest running Africa-themed, monthly party in Europe. We never thought in 1998 we would still be organising this party 20 years later. In fact we have come close to stopping (not quitting) a couple of times because we moved away from Tilburg because of work or family reasons etc. But our guests have always killed the idea of us stopping whenever they got a hint of our plans! One day, probably sooner than later, we will have to hand over the baton someone else. The only regret so far is that nobody has been able to organise something comparable for longer than 3 months before they stop. 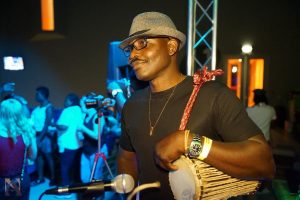 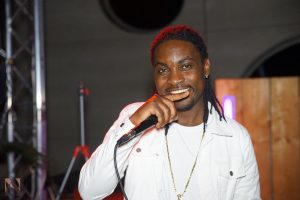 Also looking back at last Saturday, the sense of gratitude we feel is really deep. The actual birth month of Africa Night is May. But because of the Ramadan we had to shift the party to June. When we saw the amount of people who turned up and the amount of joy and happiness on their faces, we really feel highly humbled. Where do we start to thank you? We have seen different generation of families dancing together and having fun together. We could not ask for more. While we are still organising this unique party, we shall continue to do it with the same amount of love as we have done for the past 20 years.