Insecurity is something the organisers of Africa Night have always had and will always have. It was true 21 years ago when this party started and nothing has happened in the past 21 years that has replaced that insecurity with cockiness. We know what we are doing but we always keep asking ourselves questions. Are we doing this right? Are we attracting the right crowd? Are we playing the right music? Are we in the right location? Are enough people going to come? Is it right that we have made this an Africa Night instead of an African Night? Is the programming right? Is the city right? Is the business model the right one? Is Africa Night still relevant? Is the frequency still woke? Are we good hosts? Did we offend someone? Did we recognise a past guest who has come again after a while? Why do people stay away? Why do they come? Did we fail to serve someone right? Was the food tasty? Did we give people the right attention? 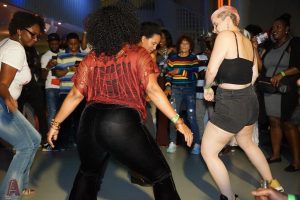 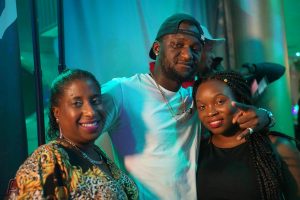 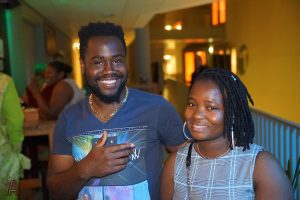 Every month we have a thousand questions swimming through the insecure ocean of our brain. We might look confident and tall during the Africa Night itself but if you were a fly on the wall, you would see that we have sweaty palms because of our insecurity! One could take these insecurities negatively or positively. We like to think that our insecurity is what has driven this party to become the longest of its kind in Europe! Who would have thought when we started 21 years ago that Africa Night would have survived beyond the first few years? After all hundreds of parties like Africa Night have fallen by the wayside. But because we, as organises, keep asking ourselves questions and never take things for granted, we give Africa Night a better chance of surviving than other similarly themed parties. 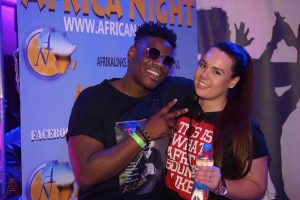 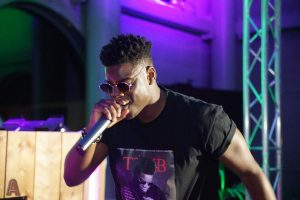 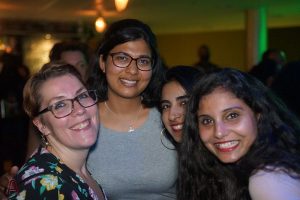 Above all we take our guests, the Africa Nighters very serious! After all what would Africa Night have become without them? Every location that we have been so far except the first location on the Boat, has been found with the help of an Africa Nighter! It is an Africa Nighter that suggested reserving tickets online even though it cost us lots of money in commission to the agency that handles the financial transactions (you might have noticed that when you reserve online you don’t pay extra money as transaction cost. That is because we pay that. We don’t get the €10 you pay online, we get a lot less. But for us and for you, it is a safe, modern and secure way of doing business). An Africa Nighter proposed during this June edition to have a membership card for people who are regulars. She gave us lots of reasons why it might be a good idea. And though we did not immediately see an urgent reason to introduce this, we told her we would explore it. And we are already doing our research as we speak!  It is from the feedback that we get that made the owner of Kwadraat add Guinness beer to their stock. The security guys are there because of positive feedback from Africa Nighters. We could go on and on. What we are trying to say is, we might have been the ones who started the party but you, our guests are the ones who have kept the party flame burning all through the years. We make a great team. We understand each other. We have been through thick and thin together, through good and bad times. 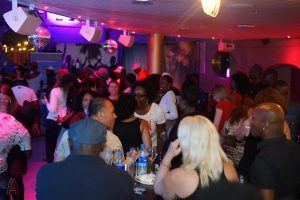 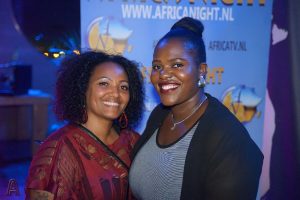 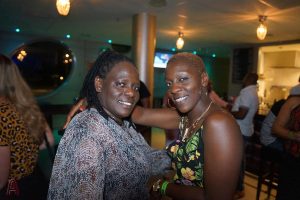 A funny thing happened on our way to the venue. Normally it is music all the way from our home to the Africa Night venue. But this time we had the radio on. Then came an interview with one of the Dutch female footballers currently playing the World Cup in France. Her name is Sherida Spitse (you should look her up). So what has this, the Dutchest of ladies, born in Sneek, one of the most Dutchest of cities in The Netherlands got to do with this blog and Africa Night? Well, apparently every Dutch player had to give a top 5 of their favourite songs. Guess which song was her number 2? Chop My Money – Psquare!!!!! Our jaws stood open as our minds took a journey back to 21 years ago when Africa Night started. Then there was no way you heard mainstream African music on national radio. If you heard anything, it was something that fitted the stereotypical picture of how Africa was i.e. the so-called rain dance music. We’ve heard people ask us 21 years ago if people danced naked with spears in their hands at Africa Night! And here we are in 2019 and a young Dutch lady (she is 29) has Chop My Money on her playlist. That is how far African music has come! That is also what we have been seeing over the years at Africa Night. The demographics of the average Africa Nighter in 2019 is almost totally the opposite of 21 years ago. We are happy to have played our part in introducing mainstream African music to many people. Every Africa Night is always a mixture of old and new people. This anniversary edition was not different at all. We are happy when people go home with a smile on their faces and sometimes (like during this edition) with a free CD they can play and replay!

The show and the dance-off

We had a live show to celebrate 21 years of Africa Night. K-Lito, a young Afropean singer (Dutch, Congolese & Angolan roots) performed a couple of his songs for the audience. We had food and lots of gifts for some lucky Africa Nighters. Everybody who was on time got a Free CD. The lucky winner of the 1 year free entry to Africa Night was a first timer at Africa Night. How lucky one can be! 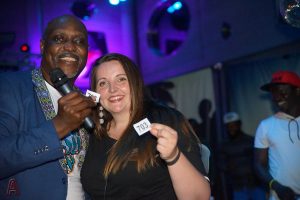 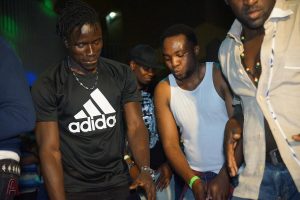 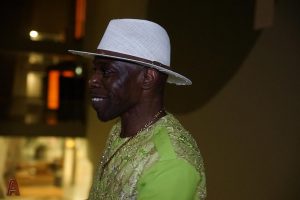 All in all it was a great night. The only obvious blemish of the evening was the heat! It was warm and people were sweating. Why it was that warm, we don’t know. We could not think of a solution for this as the venue does not have an air conditioning system. Even more unfortunate was the fact that an Africa Nighter who probably had a great suggestion about how to reduce the warmness stayed quiet about it! She only told us about her solution on Sunday evening! She was sure, she was convinced, that we hated a good feedback! Sometimes some logic are so illogical that they become funny 🙂 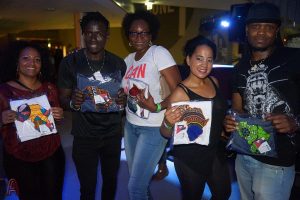 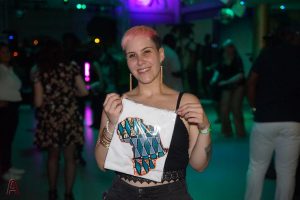 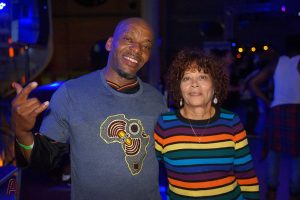 But by a distance the highlight of the night was  the dance off that started spontaneously because we had some Africa-themed T-Shirts to give away. Wow! The best dancers are definitely at Africa Night. Young and old they set the dance floor on fire. The hall that was already warm became even hotter as they set about outdoing each other. It was a great joy to watch. Happily, we had enough T-Shirts to go round the finalists.

It has been a pleasure for us to always arrange a dance hall where you all can shine. Thank you all for 21 years of love. We will continue to do our best to be worthy of your appreciation.

See you again on the dance floor next month both in Genk, Belgium and in Tilburg, The Netherlands!